Tree-based models partition the data into increasingly homogeneous groups of presence or absence based on their relationship to a set of environmental variables, the predictor variables. The single classification tree is the most basic form of a decision tree model. As the name suggests, classification trees resemble a tree and consist of three different types of nodes, connected by directed edges (branches):

Although classification trees provide a very useful tool to visualize the hierarchical effects of multiple environmental variables on species occurrence, they are often criticized for being unstable and having low prediction accuracy. This has led to the development of other methods that build upon classification trees, such as random forests and boosted regression trees.

No formal distributional assumptions, classification trees are non-parametric and can thus handle skewed and multi-modal data as well as categorical data that are ordinal or non-ordinal.

BCCVL uses the 'part' package, implemented in biomod2. The user can set the following configuration options: 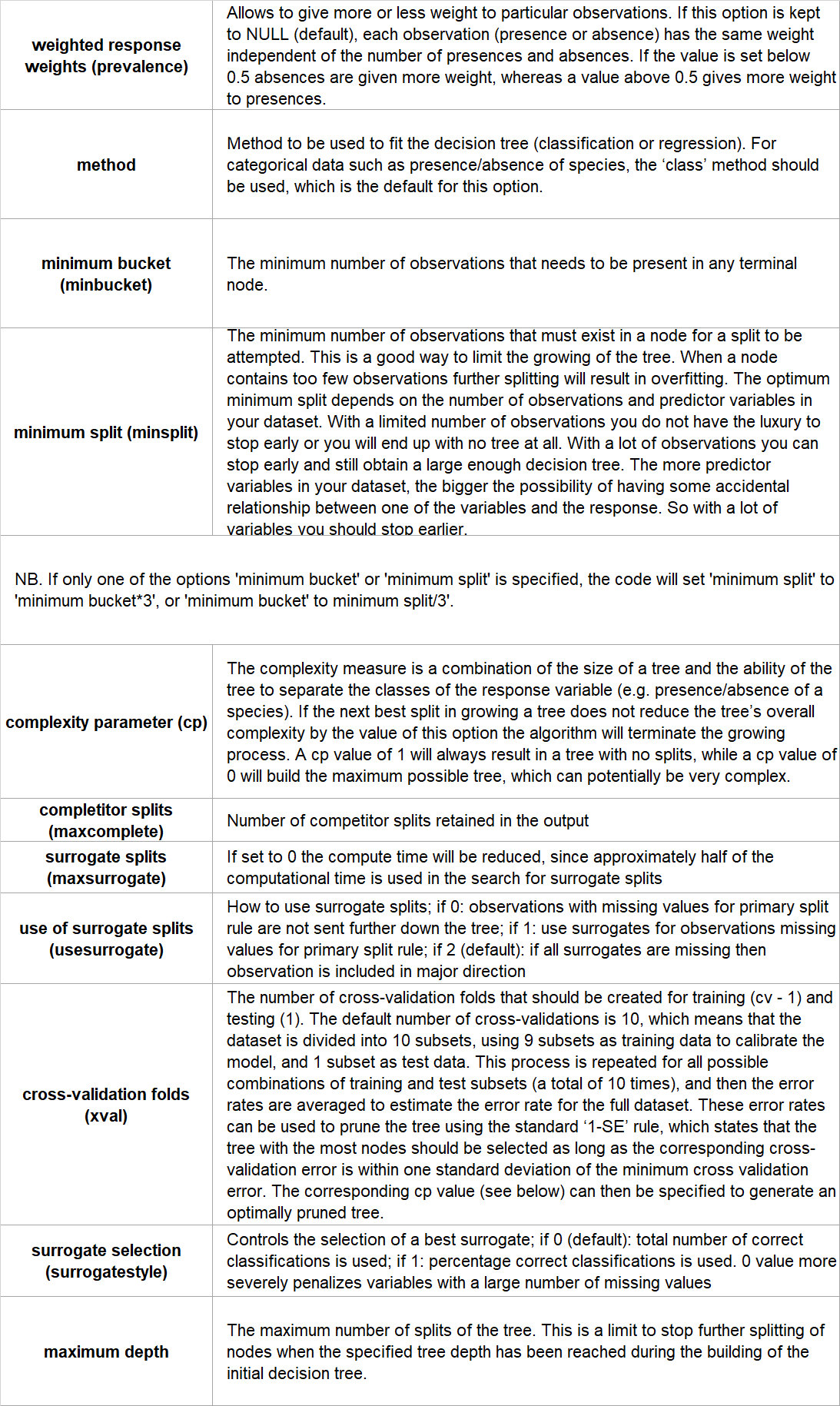