One of the outputs of a Species Distribution Modelling experiment is the Variable Importance Plots (VIP), which can assist in understanding the contribution of environmental predictor variables to the model outputs. Our colleagues Assoc Prof Sama Low-Choy and Dr John Xie at Griffith University have written a special R function (VIPplot) for us to incorporate into the BCCVL to generate these plots. The plots are based on algorithm-specific outputs, and are currently available for the following algorithms: CTA, GAM, Maxent, GLM, GBM, RF and ANN. Depending on what is appropriate for each algorithm, the variable importance plots differ in assessment method.

This plot is only included for the GLM algorithm. 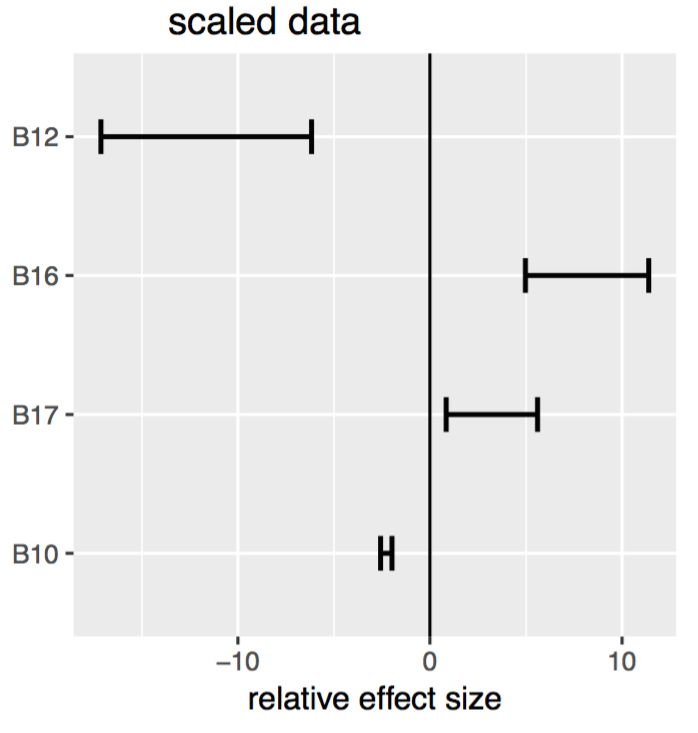 This plot is included for the GLM and GAM algorithms.

The AIC method measures the prediction performance in terms of information loss if a predictor variable would be excluded from the fitted model. It uses the Kullback-Leibler (K-L) information, which is a unique overall measure of discrepancies between a fitted model and the true model which generates the observed data. AIC is derived by minimizing the relative K-L information. 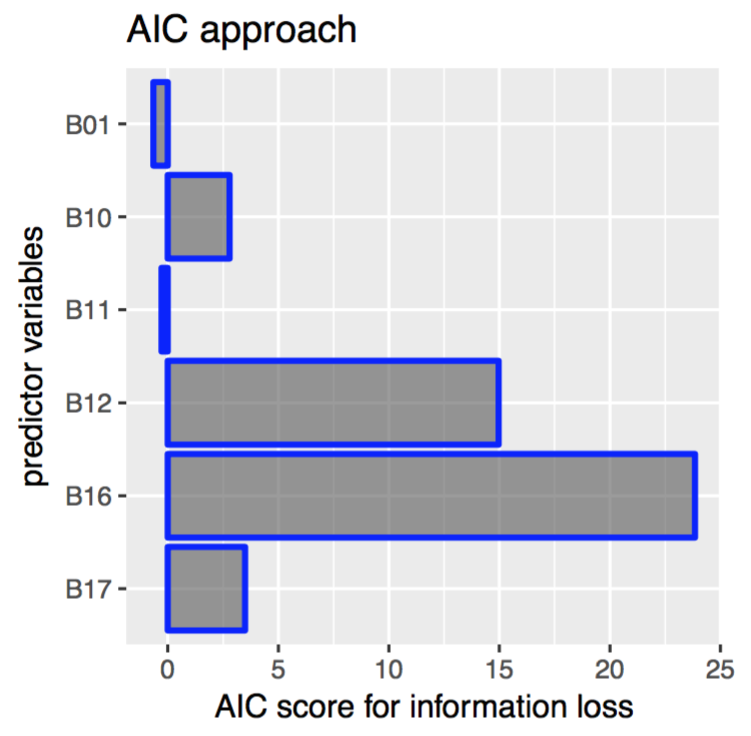 For the machine learning algorithms ANN and GBM, the AIC approach is not applicable because there is no model log-likelihood information available. Therefore, we have included the variable importance function that is implemented in the biomod2 package. This function uses a machine-learning approach once the models are trained to randomize one of the variables in each permutation and calculate a correlation score between the standard prediction and the new prediction. This score is considered to give an estimation of the variable importance in the model. The higher the value, the more importance the predictor variable has on the model. A value of 0 assumes no influence of that predictor. Note that this method does not account for interactions between variables and should be considered more as an information tool for each model independently. 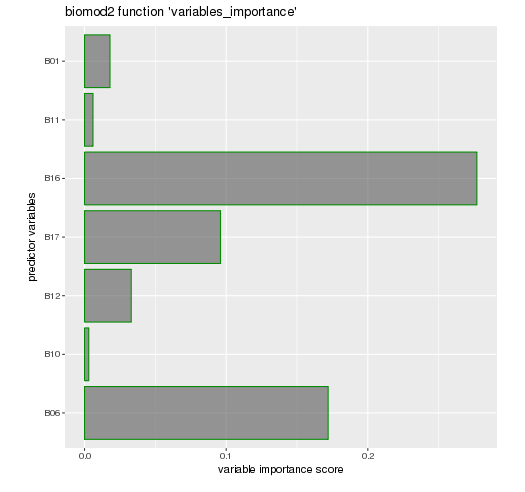 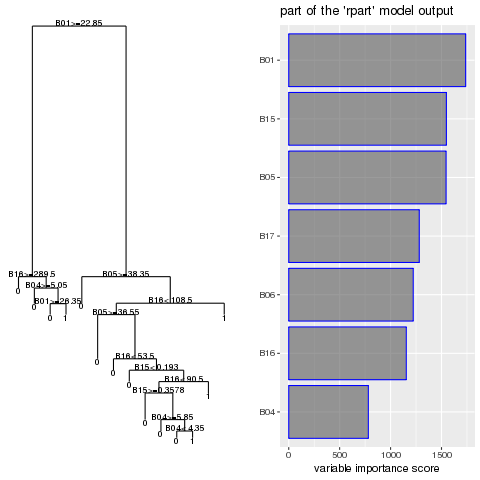 This matrix is currently only included for the GLM and Maxent algorithms.

This matrix shows the linear correlation among predictor variables included in the model. This can be used to ensure that the included variables in the model are not too highly correlated which might bias the model outputs. For each combination of predictor variables the correlation is indicated as being either strongly negative (dark green), weakly negative (light green), weakly positive (light pink) or strongly positive (dark pink). The diagonal of the matrix represents the relationship of each variable with itself which is obviously always 1.