Once you have completed a climate change experiment in the BCCVL, the results page shows you a variety of different outputs. The BCCVL offers three ways to visualise the outputs including displayed individually (Results tab), displayed side by side (Compare Maps tab) and overlaid on a single map (Overlay Maps tab). Below is an explanation on how to interpret the outputs of a climate change experiment.

One of the primary outputs of a climate change experiment is a map that shows the predicted probability of presence under future climate conditions. It is important to note that this map shows the distribution of suitable habitat as defined by the environmental variables that you included in the species distribution model and the selected future climate scenario, not a prediction of exactly where the species occurs. The prediction is visualised as the suitability of a grid cell on a scale from 0 to 1, where 0 refers to very low suitability and 1 refers to very high suitability. 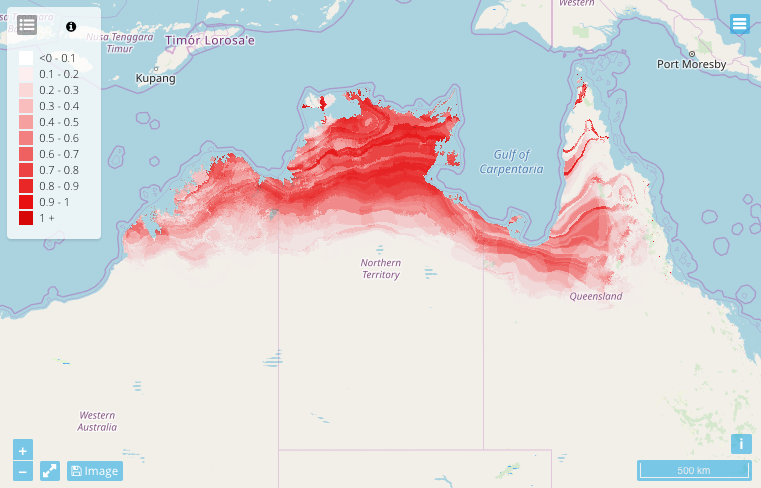 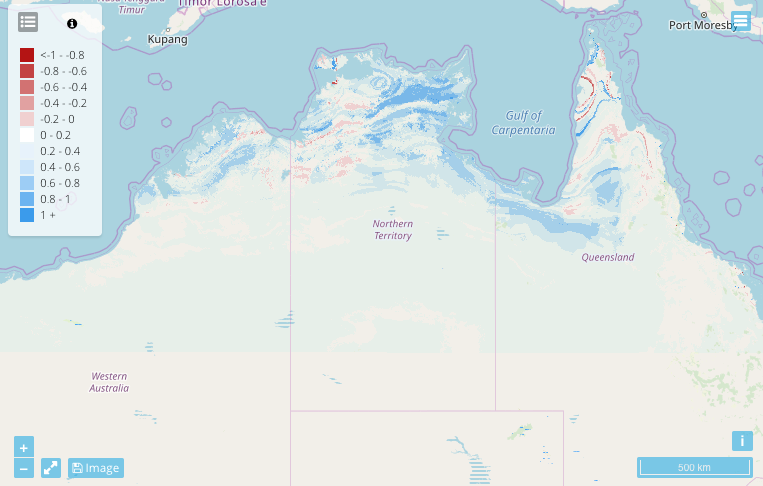 The Change in species range map is generated based on binary model outputs from the species distribution model (SDM) and climate change (CC) experiments. The predicted probability maps from the SDM and CC are transformed from a continuous probability map (with values ranging from 0 to 1) to a binary map (presence/absence) using the threshold selected on the Source Experiment tab when designing the CC experiment.

The resulting change in species range map indicates for each grid cell whether:

Blue: the species is present in both SDM and CC predictions, thus no change.

Orange: the species is present in SDM prediction, but absent in CC prediction, thus decrease in range.

Green: the species is absent in SDM prediction, but present in CC prediction, thus increase in range.

White (no colour): the species is absent in both SDM and CC predictions, thus no change. 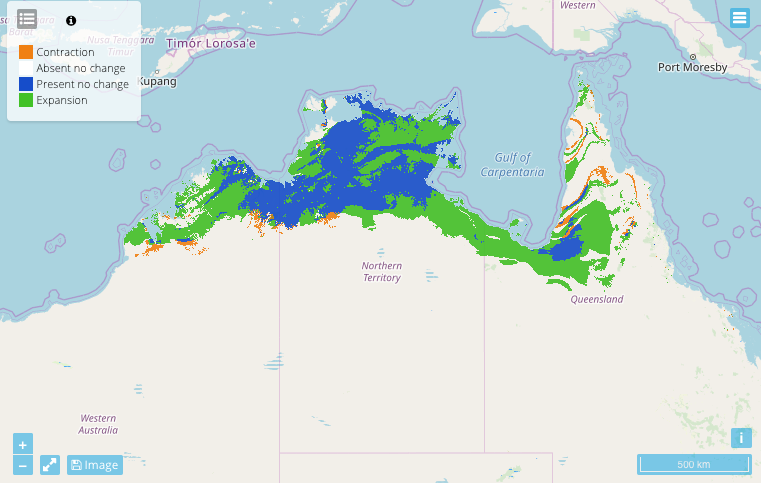 The change in centre of species range table shows the  minimum, maximum and central values of latitude and longitude of current and future predicted distribution and the change between those locations in meters.

Centre of range is calculated using the COGravity function in the SDMTools R package, https://www.rdocumentation.org/packages/SDMTools/versions/1.1-221/topics/COGravity