What is species distribution modelling?

Species distribution modelling, alternatively known as environmental niche modelling, (ecological) niche modelling, predictive habitat distribution modelling, or climate envelope modelling refers to the process of using computer algorithms to predict the distribution of species in geographic space on the basis of a mathematical representation of their known distribution in environmental space (= realized ecological niche). The environment is in most cases represented by climate data (such as temperature, and precipitation), but other variables such as soil type, water depth, and land cover can also be used. These models allow for interpolating between a limited number of species occurrence and they are used in several research areas in conservation biology, ecology and evolution. (https://en.wikipedia.org/wiki/Environmental_niche_modelling)

How do we predict species distributions?

Developing a species distribution model begins with observations of species occurrences: these are places where we know a species has been found. These occurrences are mostly point-based and come from sources such as museum records and observations of experts in the field. 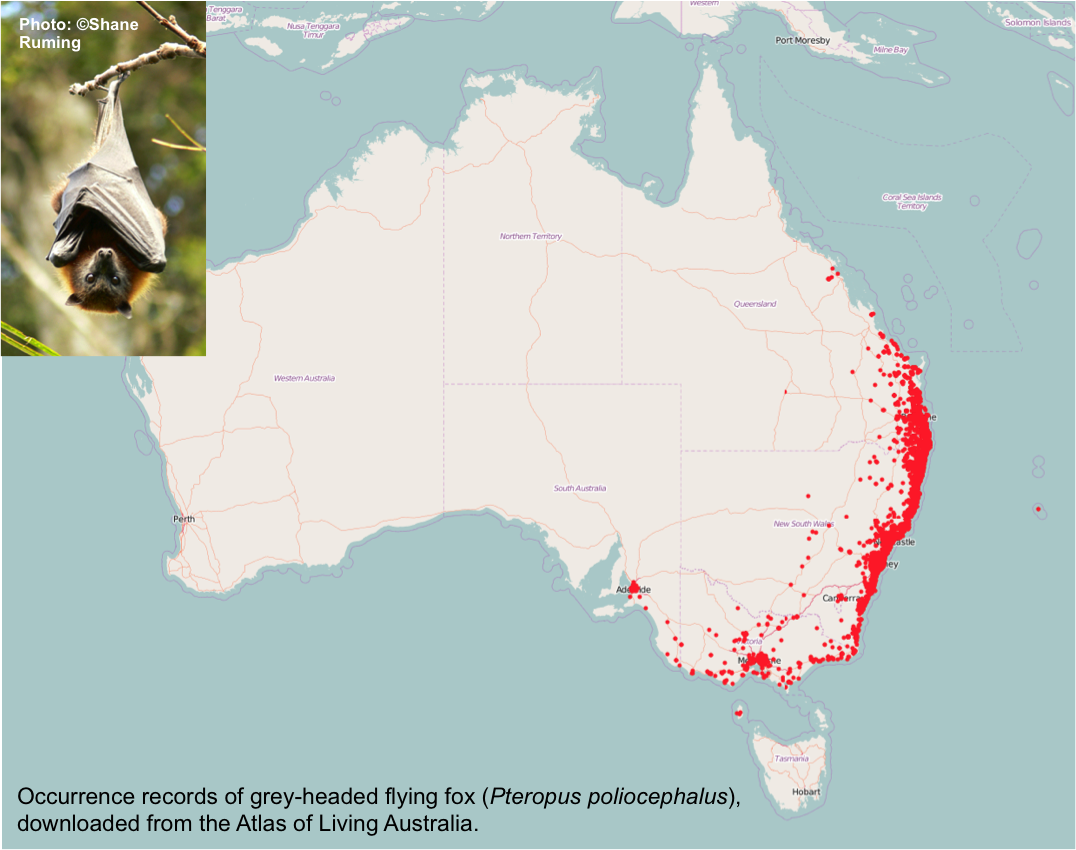 However, if you look up a distribution map of a species, it often shows a range rather than dots on a map. So, how do we go from specific places where individuals of a species have been observed to producing a map that gives an estimate of the distribution of that species? This is where species distribution models come into play. 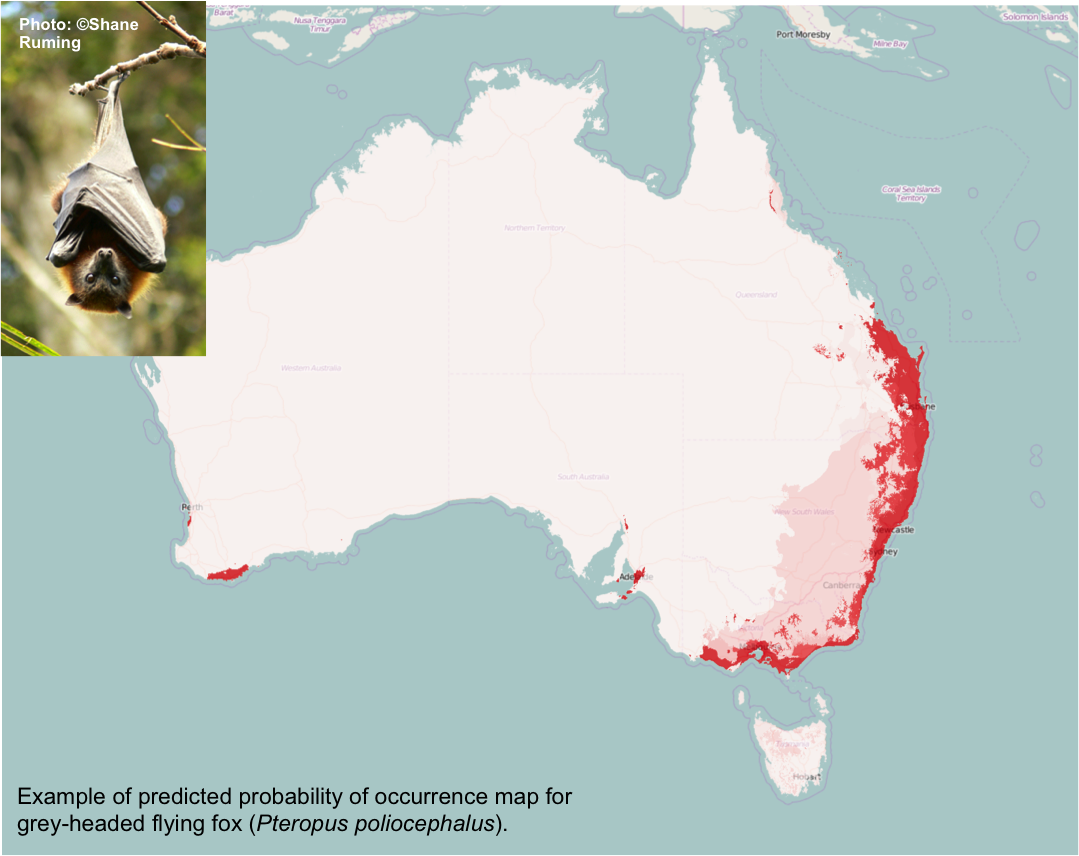 There are two approaches that can be undertaken to estimate the distribution of a species: 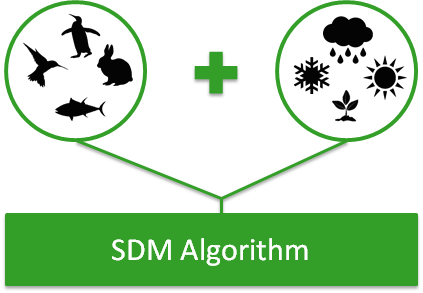 Once the model is built, it can then project the predicted species distribution geographically on a map. For every point in the landscape, the model estimates the probability of a species occurring there. This can either be displayed as a binary outcome, that means as a presence/absence map, or as a probability on a scale from 0 to 1, with for example darker coloured areas representing a higher likelihood that a species can occur in that place.

It is important to note that these maps do not show actual occurrences of a species, but highlight areas that have similar environmental conditions to areas where we have already found the species, and thus it is an estimation of where a species can occur. This does not necessarily mean that a species actually exists in the area.

You can also view this information in Module 1 of our Online Open Course in SDM: https://app.bccvl.org.au/training