The Biodiverse analysis offered through the BCCVL is based on the Biodiverse Software developed by Associate Professor Shawn Laffan at the University of New South Wales. The full suite of this software offers a range of indices based on phylogenetic, trait, matrix-based (e.g. genetic distance) and environmental relationships, and we aim to have these features available in the BCCVL Biodiverse experiment over time.  Currently the BCCVL uses species level indices that incorporate knowledge of their predicted spatial extents and the distribution of the likelihoods.

Once you have run an experiment in the BCCVL, the results page shows you a variety of different outputs. Below is an explanation on how to interpret the outputs of a Biodiverse experiment. 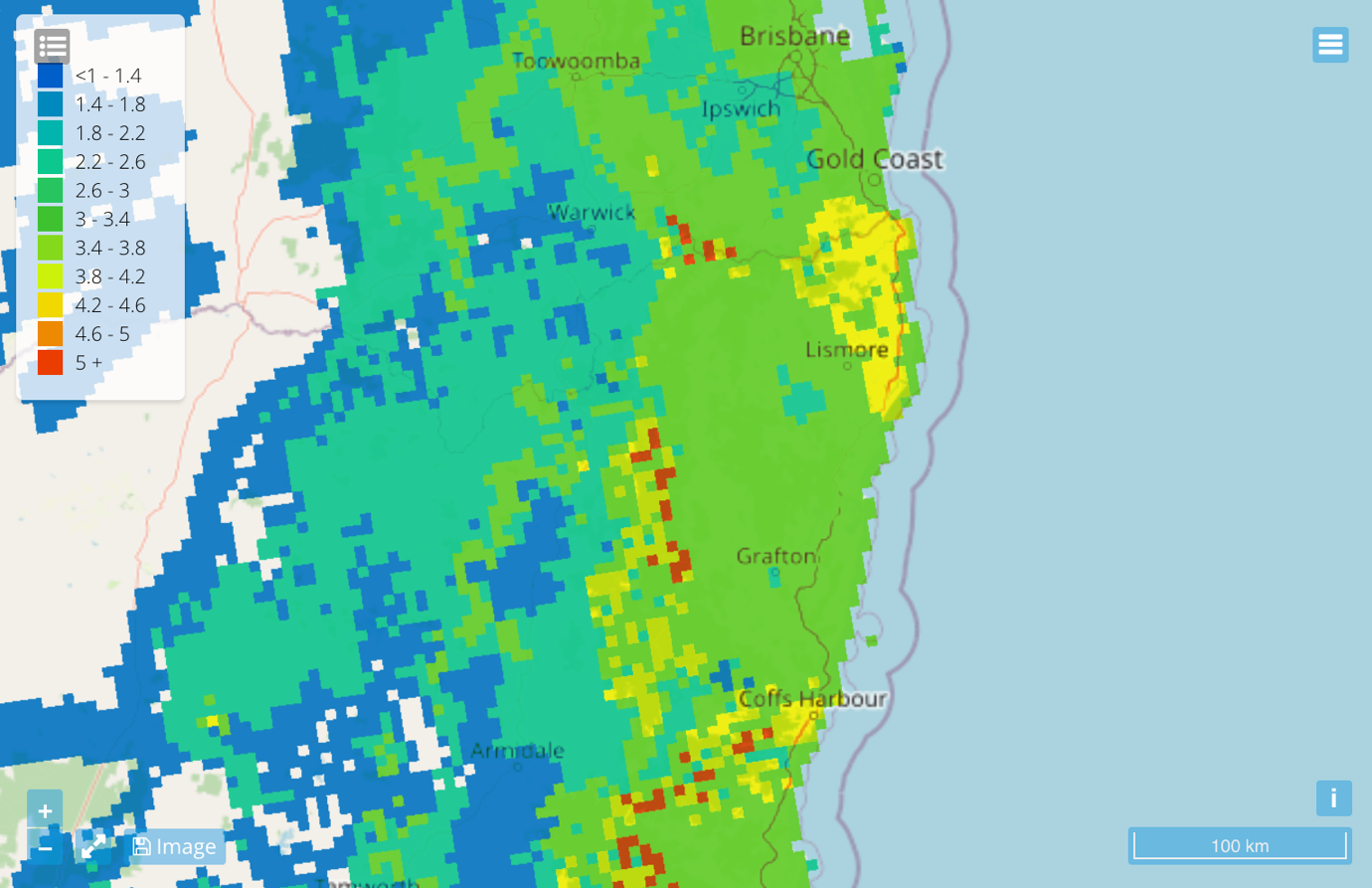 The Biodiverse experiment in the BCCVL uses the relative form of endemism, assessing the degree to which the assemblage of species is restricted to the neighbourhood used in the analyses (its local range). A species global range is the set of cells predicted to contain it. For assemblages of species, as used in the Biodiverse experiment, the degree of endemism is calculated as a function of the assemblage, using the sum or the average of their individual relative endemism scores. 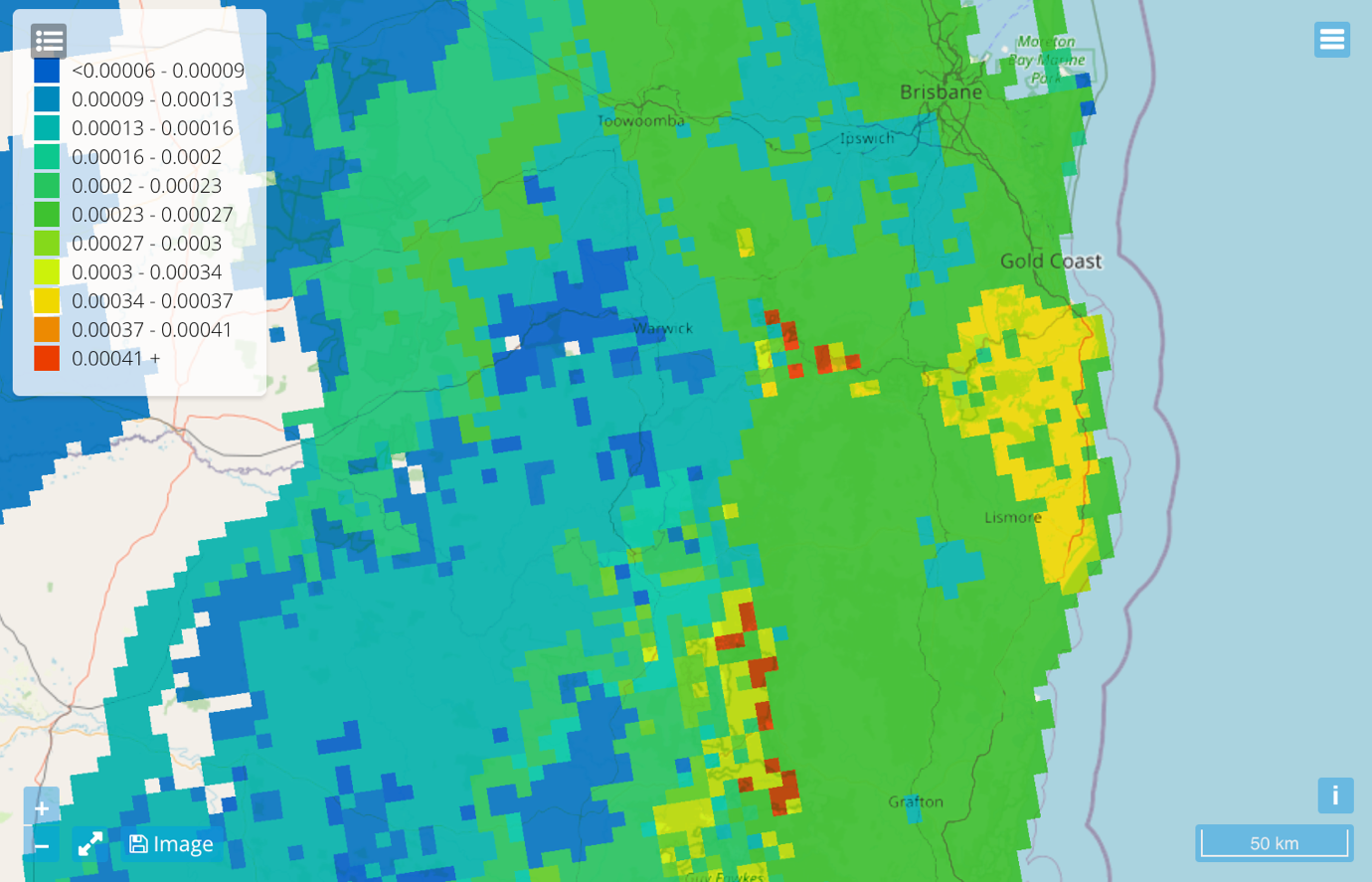 This map shows the corrected weighted endemism for each grid cell. This is the weighted endemism index divided by the species richness. It represents the average degree of range restriction of the species in the local assemblage. The prediction is visualised as the range-weighted richness score of a grid cell on a scale ranging from the minimum richness to the maximum. The values range from low endemism (blue) to high endemism (red). 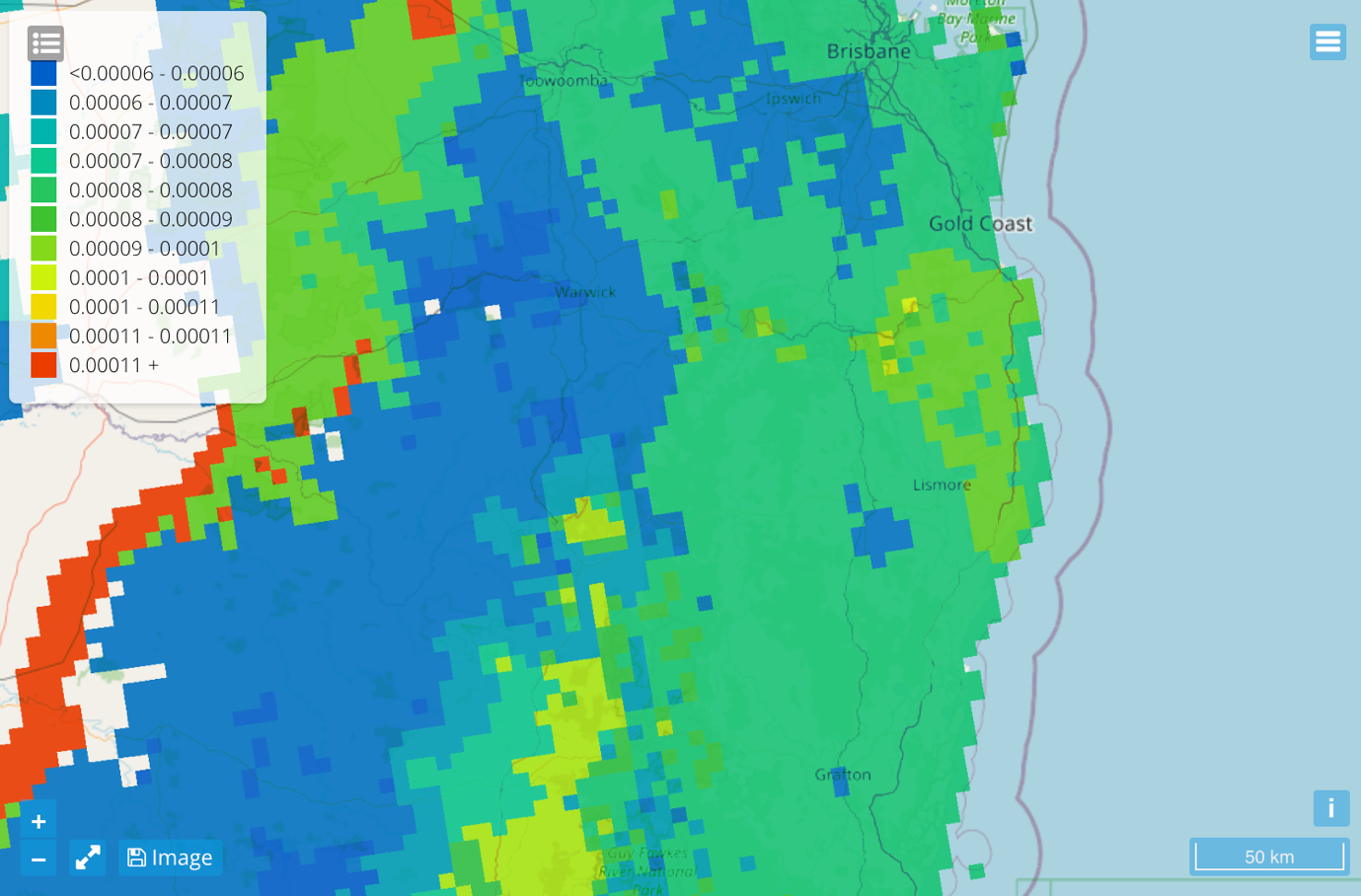 A rare species is one that is not found in large numbers. In a Biodiverse experiment, rarity is calculated for the assemblage and is the abundance analogue of the endemism indices, i.e. instead of calculating each species local range relative to its full geographic range, it calculates the local abundance by the total abundance. In the BCCVL the prediction probabilities are treated as the abundances (but probabilities less than the threshold are treated as zero).

The weighted rarity map shows rarity on a scale where grid values closer to 1 (red) represent species that are more rare in that location. 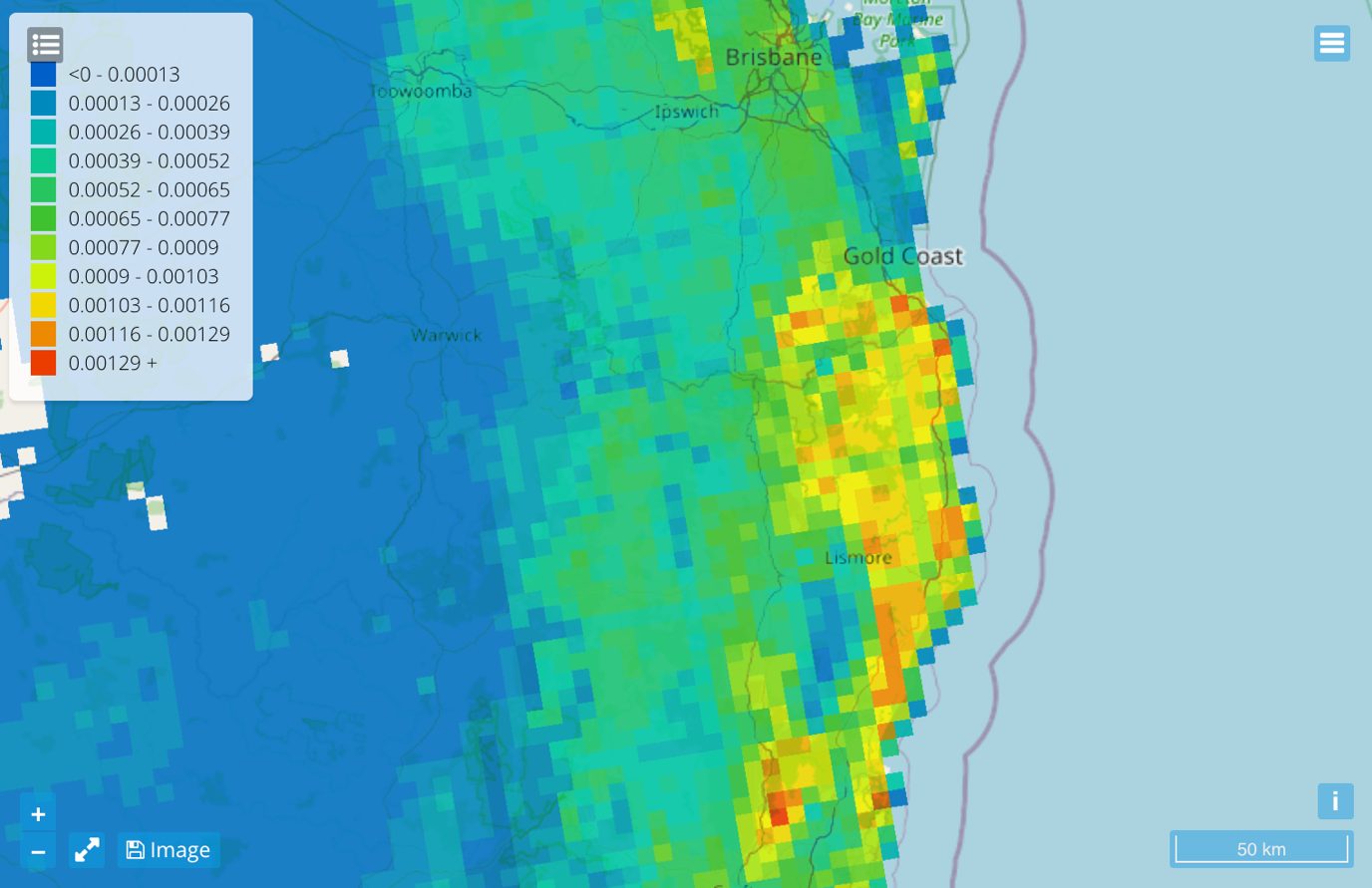 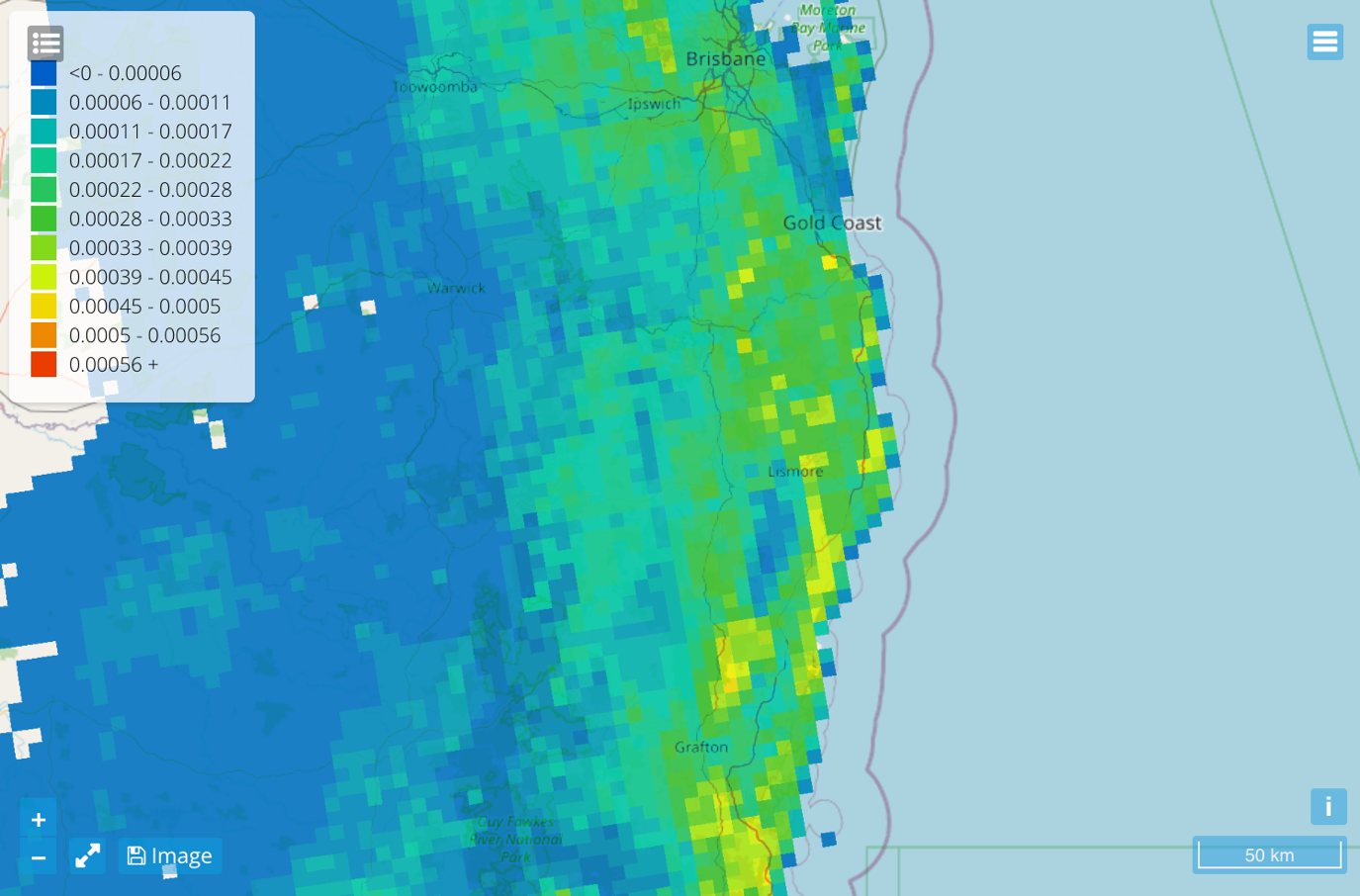 This is an interactive visualisation for your Biodiverse results. In this map you can: 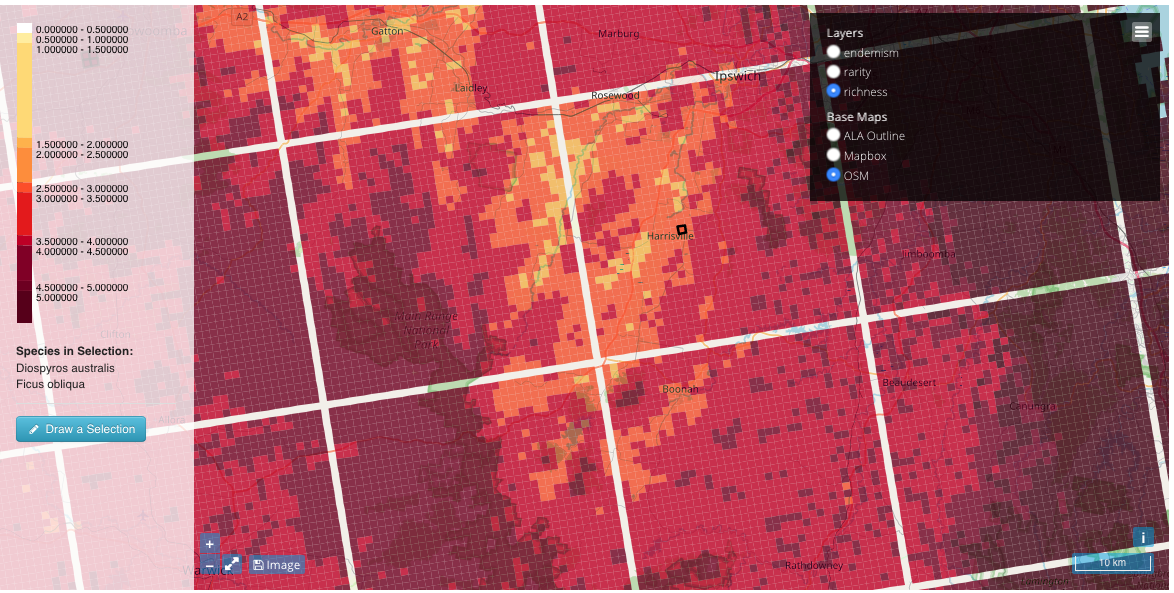