The MARS algorithm is an extension of linear models that makes no assumptions about the relationship between the response variable and the predictor variables. While Generalized Linear Models and Generalized Additive Models assume that the coefficients of the predictor variables are constant across all values of a predictor, the MARS algorithm specifically takes into account that this is often not the case. But the MARS algorithm also has similarities to machine learning models such as tree-based models, because it uses a similar iterative approach.

The MARS algorithm builds a model in two steps. First, it creates a collection of so-called basis functions (BF). In this procedure, the range of predictor values is partitioned in several groups. For each group, a separate linear regression is modeled, each with its own slope. The connections between the separate regression lines are called knots. The MARS algorithm automatically searches for the best spots to place the knots. Each knot has a pair of basis functions. These basis functions describe the relationship between the environmental variable and the response. The first basis function is ‘max(0, env var - knot), which means that it takes the maximum value out of two options: 0 or the result of the equation ‘environmental variable value – value of the knot’. The second basis function has the opposite form: max(0, knot - env var).

For example, if the value of the environmental variable at the knot is 11, then:

In the second step, MARS estimates a least-squares model with its basis functions as independent variables. It fits a very large model, that is subsequently pruned (like tree-based models) to avoid overfitting by iteratively removing basis functions that contribute the least to model fit.

BCCVL uses the ‘earth’ package, implemented in biomod2. The user can set the following configuration options: 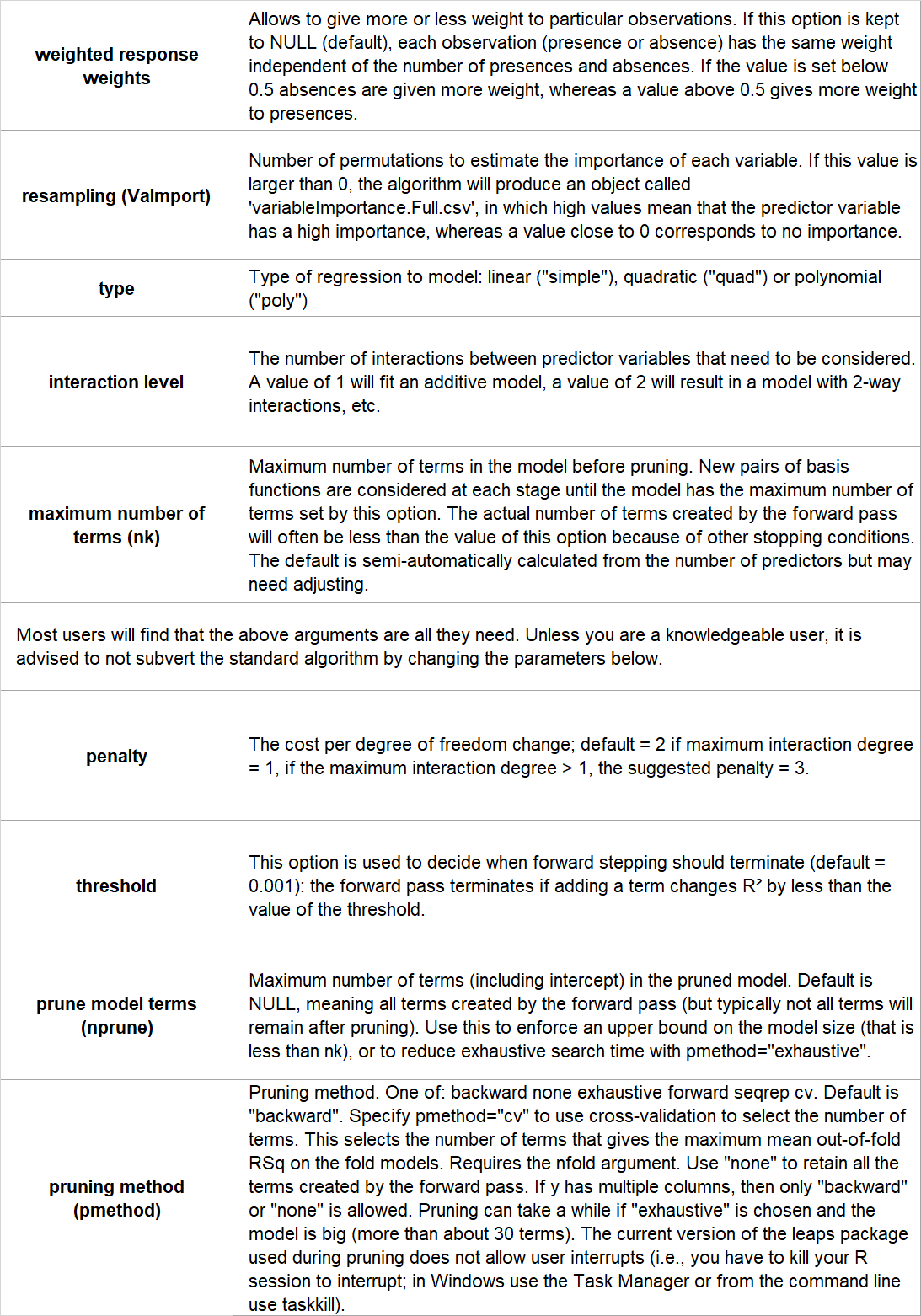