Summary of datasets in BCCVL

There are a number of dataset currently integrated in the BCCVL. These datasets can be used in conjunction with species occurrence records to describe the conditions of a location a species was observed. This is a critical component for species distribution models in current and future climate forecasts (refer here for our support page with more information on the types of data needed for species distribution models). These datasets are collated from international research groups and each focus on different locations, have different spatial resolutions, are collected across a number of years, incorporate various layers and have different future climate projections.

When selecting which dataset is important for your species distribution model, it is useful to check the dataset variables beforehand. Here we list these different variables for all the datasets in the BCCVL. For more detailed information about each dataset, please refer to the specific dataset information on our support pages or click the ‘Info’ button associated with that dataset in our Data Portal.

Datasets in the BCCVL are always being updated, so check back here for new information.

Current climate datasets are those that include climate data collected historically or in recent years. There are currently 9 dataset collections included in the BCCVL that include current climate variables. Of these, three include global climate data, three include national Australian climate data, and three are more regionally specific. These datasets range in year, with the earliest being from 1921, through to 2010. Datasets include a large variety of variables such as temperature, precipitation, evaporation and annual growth indicies. The resolution of these variables ranges from 250m up to 50km across these datasets. 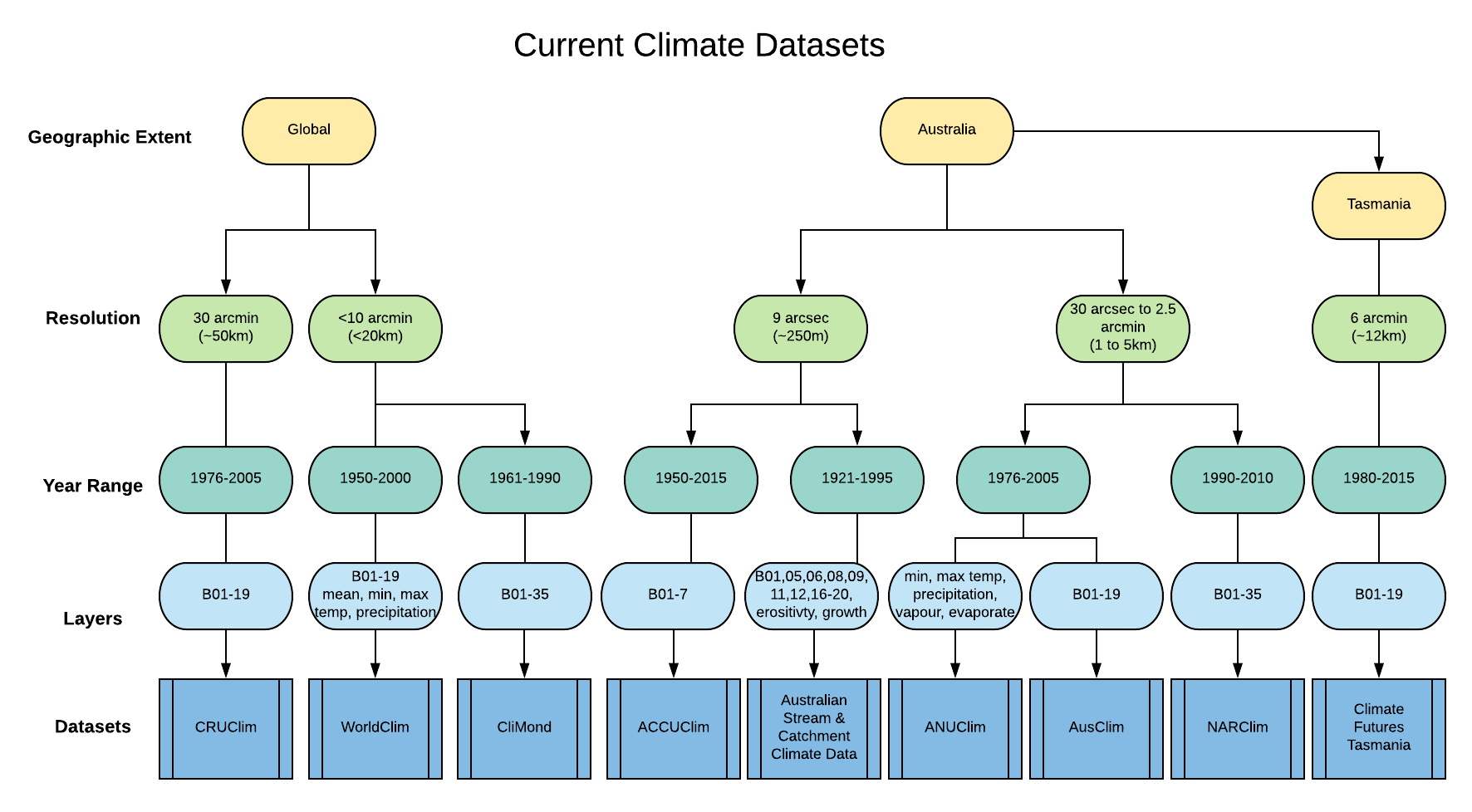 Future climate datasets are those which include forecasts about future climate scenarios based on current climate data. There are two types of future global warming scenarios, the RCPs and the SRESs. Within these, there are a number of different forecasts which relate to future emission scenarios. Note that these alone do not forecast future climate variables such as temperature or rainfall. For more information about these, check out our teaching video.

In addition to the RCPs and SRESs, future climate datasets may include future climate models which incorporate the RCPs or the SRESs and current climate data. These models are known as general circulation models and are used to forecast climate variables such as temperature and rainfall.  Across the world, there are 27 different research groups, who have constructed one or more general circulation models. More information about these can be found by following the link in the ‘Info’ button on the Dataset Collection.

There are currently five future climates datasets in the BCCVL. 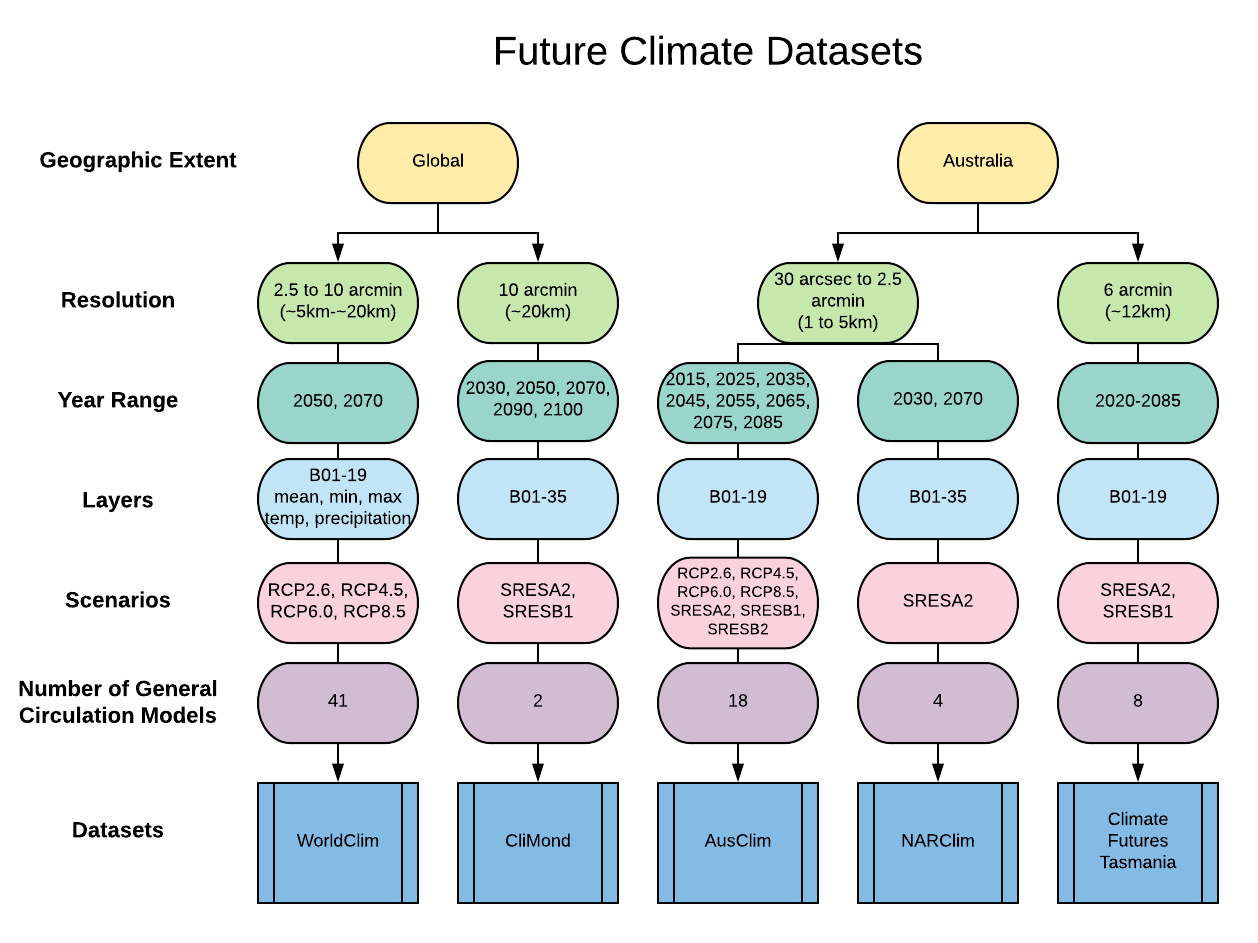 Terrestrial datasets in the BCCVL report on environmental variables such as vegetation, land cover, topography and substrates. These datasets have been integrated from a number of sources across different years, resolutions and locations. Currently there are 10 dataset collections in the BCCVL, containing more than 300 datasets for environmental variables spanning across 114 years. 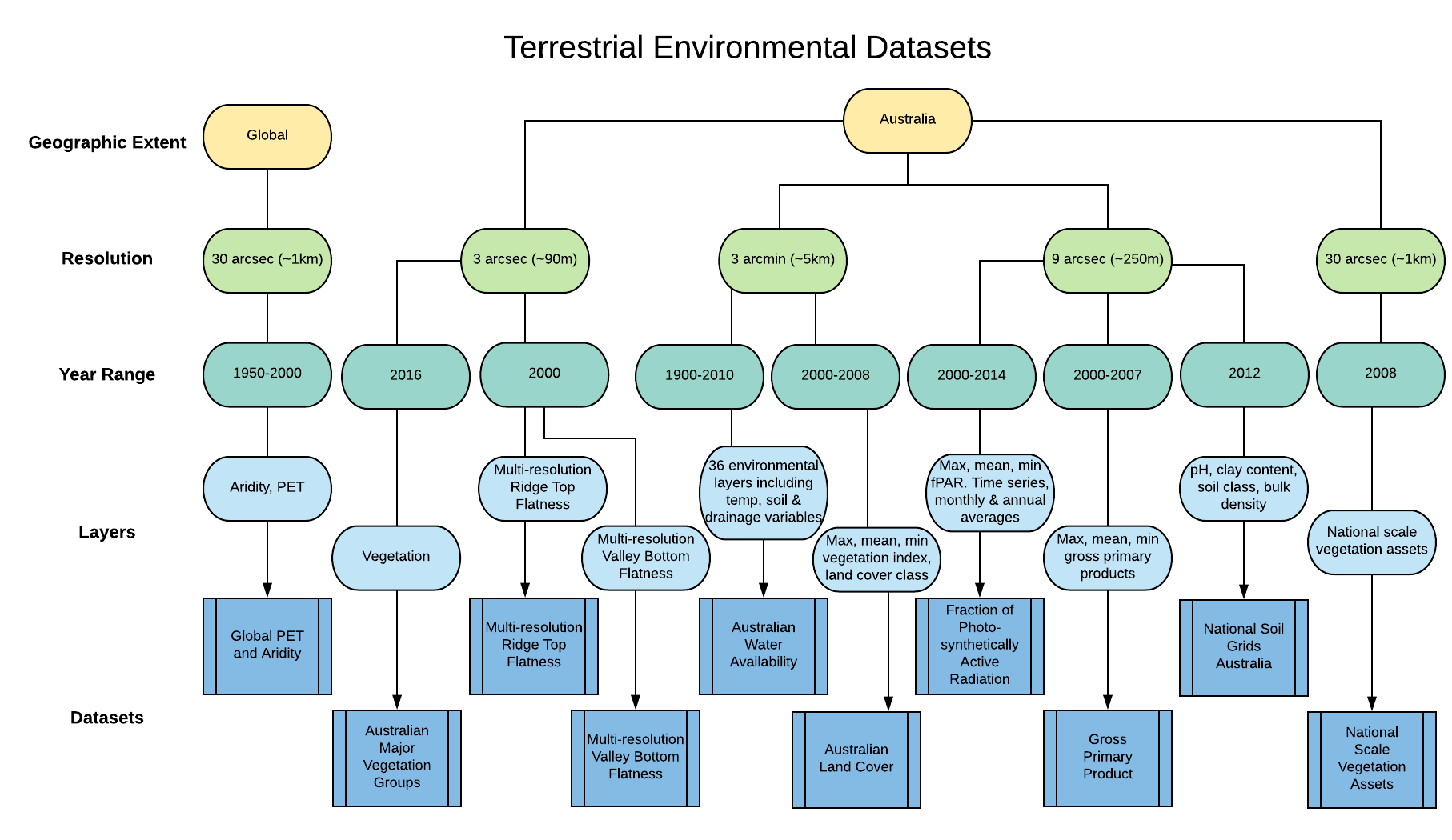 There are currently 14 datasets in the BCCVL reporting on freshwater environments in Australia. These datasets belong to a larger collection 'Australian Stream and Catchment Environmental Data', developed by the Australian National University in 2011. The datasets report on natural and anthropogenic characteristics of stream and catchments environments. In the BCCVL these datasets are found under the 'Freshwater datasets' domain and in the 'Environmental' Scientific Type.

Marine datasets currently integrated in the BCCVL represent global datasets reporting on bathymetry, surface data such as water temperature, water salinity, nutrients and biochemical components such as pH. These datasets come from two data collections (MARSPEC and Bio-ORACLE), and have been collected between 1995 and 2014. 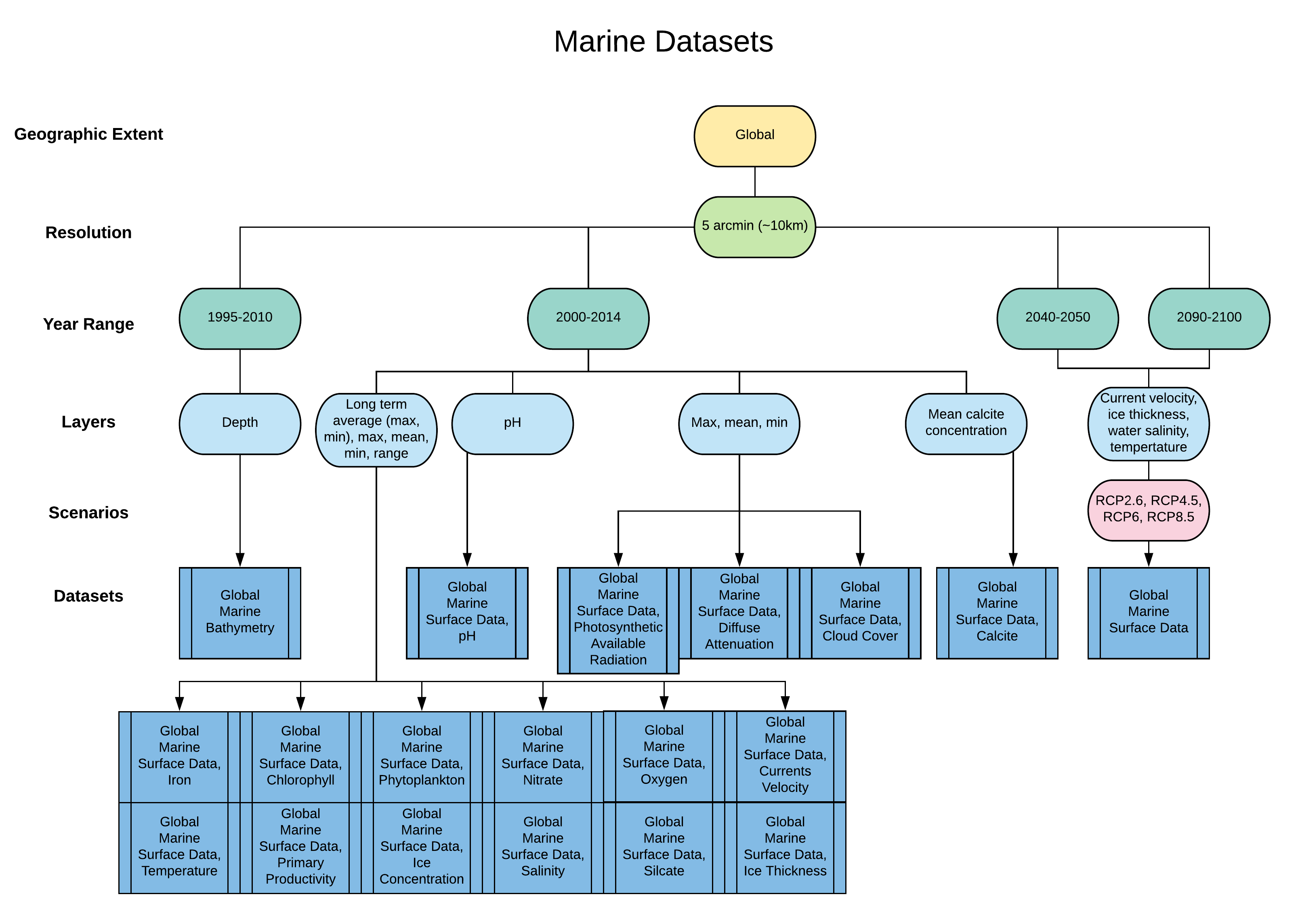