Maxent, which stands for maximum entropy modelling, predicts species occurrences by finding the distribution that is most spread out, or closest to uniform, while taking into account the limits of the environmental variables of known locations.

1. Entropy: the model is calibrated to find the distribution that is most spread out, or closest to uniform throughout the study region.

2. Constraints: the rules that constrain the predicted distribution. These rules are based on the values of the environmental variables (called features) of the locations where the species has been observed.

Maxent considers six types of features, and each of these types allows a different possible shape of the response curves, and has different implications for the constraints. As a default Maxent uses all feature types, but you can choose to build simpler models by only using a few of these. 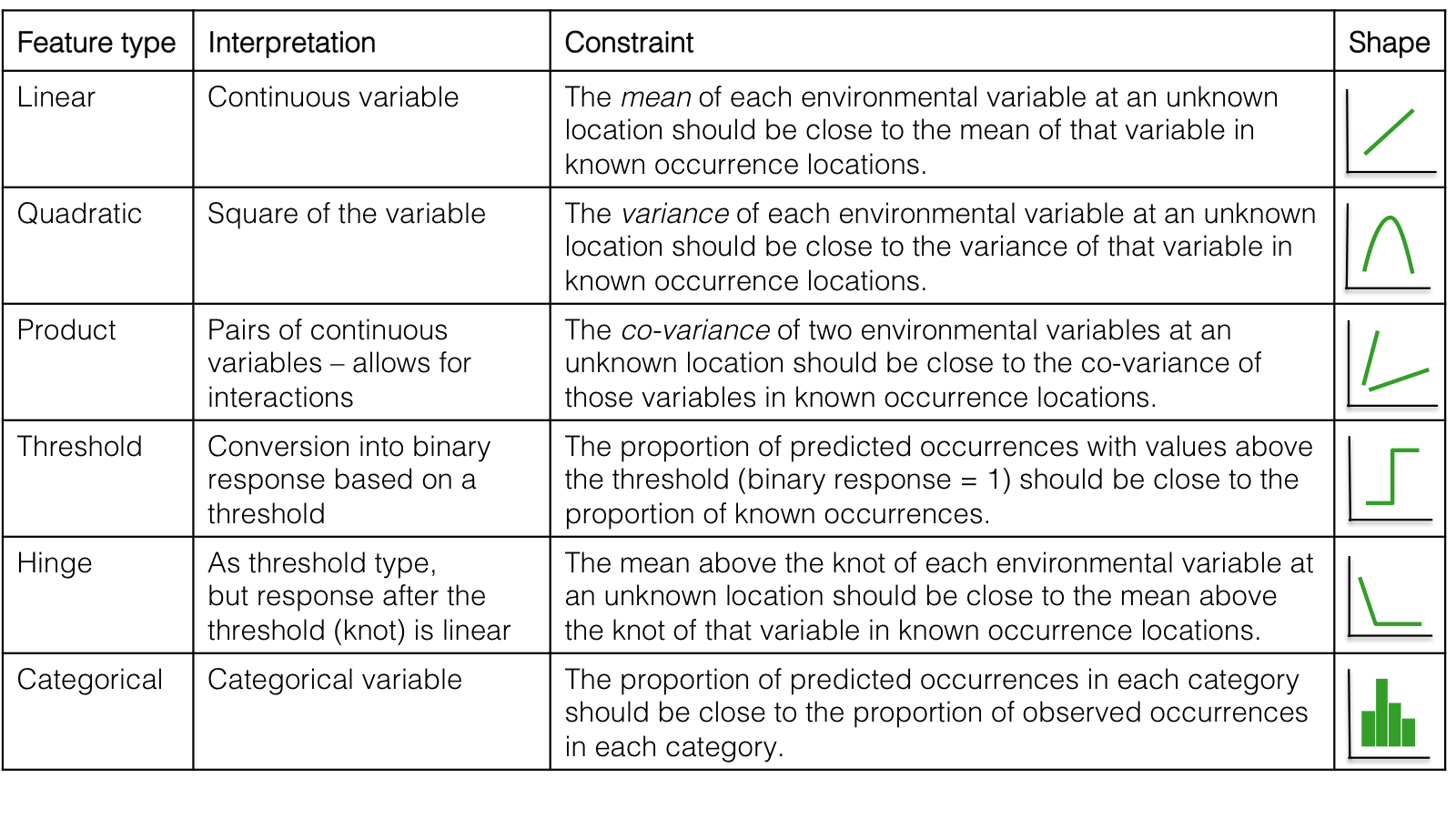 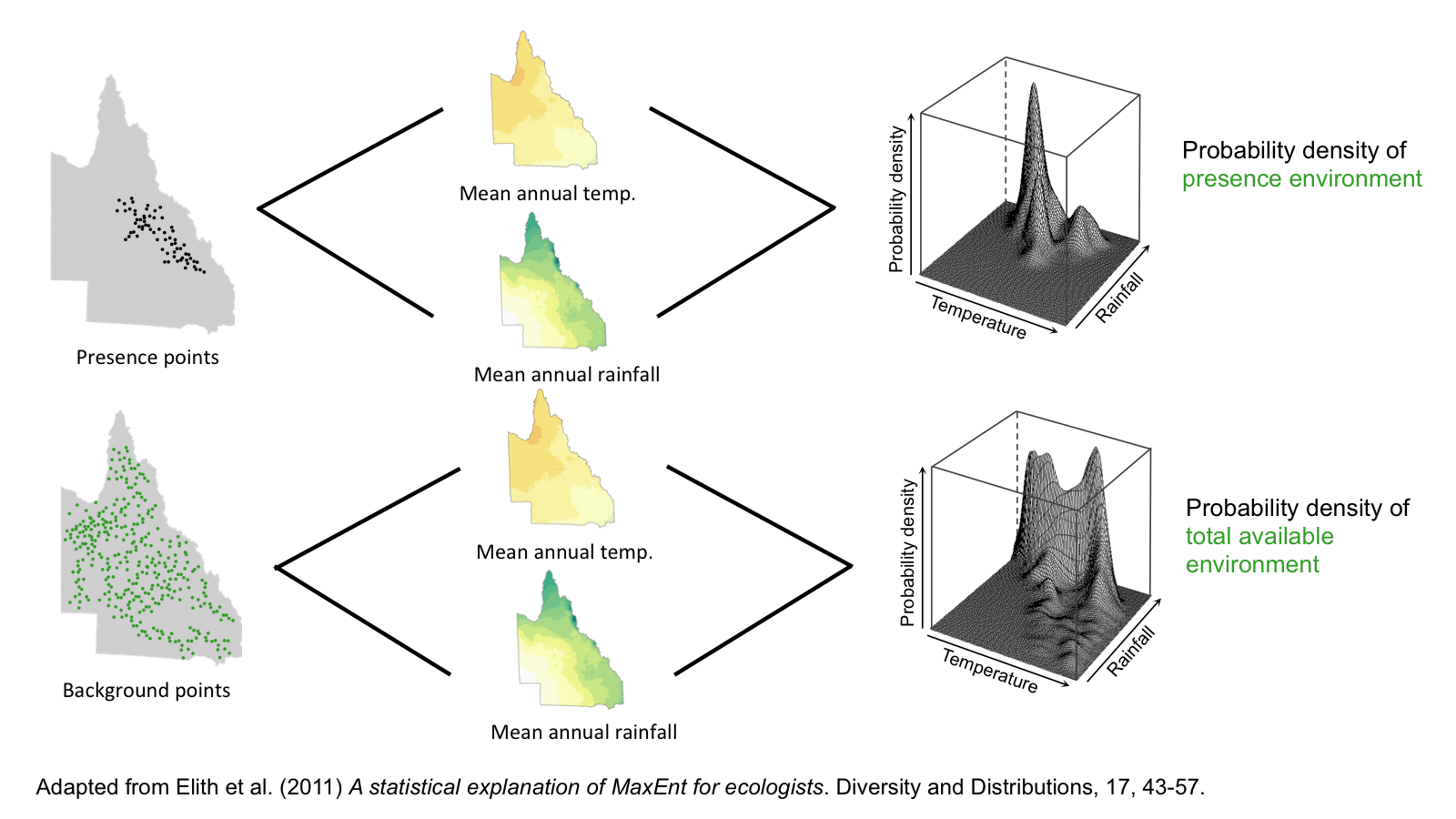 Maxent chooses the distribution that maximizes the similarity between the environmental characteristics of the total environment and those of the locations where the species is known to be present. This is known as the raw output of Maxent. For easier interpretation of the results, and to provide an estimate of the probability that a species is present in a given location, Maxent performs a logistic transformation of the raw output. The logistic output takes into account the prevalence of a species, which refers to the proportion of occupied locations. Maxent uses a default prevalence value of 0.5, which implies that the species is present in half of all the possible locations. We advise to be cautious with this default value as the exact prevalence cannot be derived from presence-only data, and a value of 0.5 is for example not appropriate for rare species.

An important aspect of Maxent is regularization, which reduces overfitting of the model. Regularization is done in two ways:

1. Relaxing the constraints: instead of fitting the model using the exact constraints (means, variances etc) of the environmental variables, it takes into account confidence intervals around the constraints. This prevents the model from being fitted to closely around the input data.

2. Penalizing complexity: the model excludes feature types that do not add a significant improvement to the model.

Maxent by default assumes that prevalence is 0.5, which is not always appropriate. 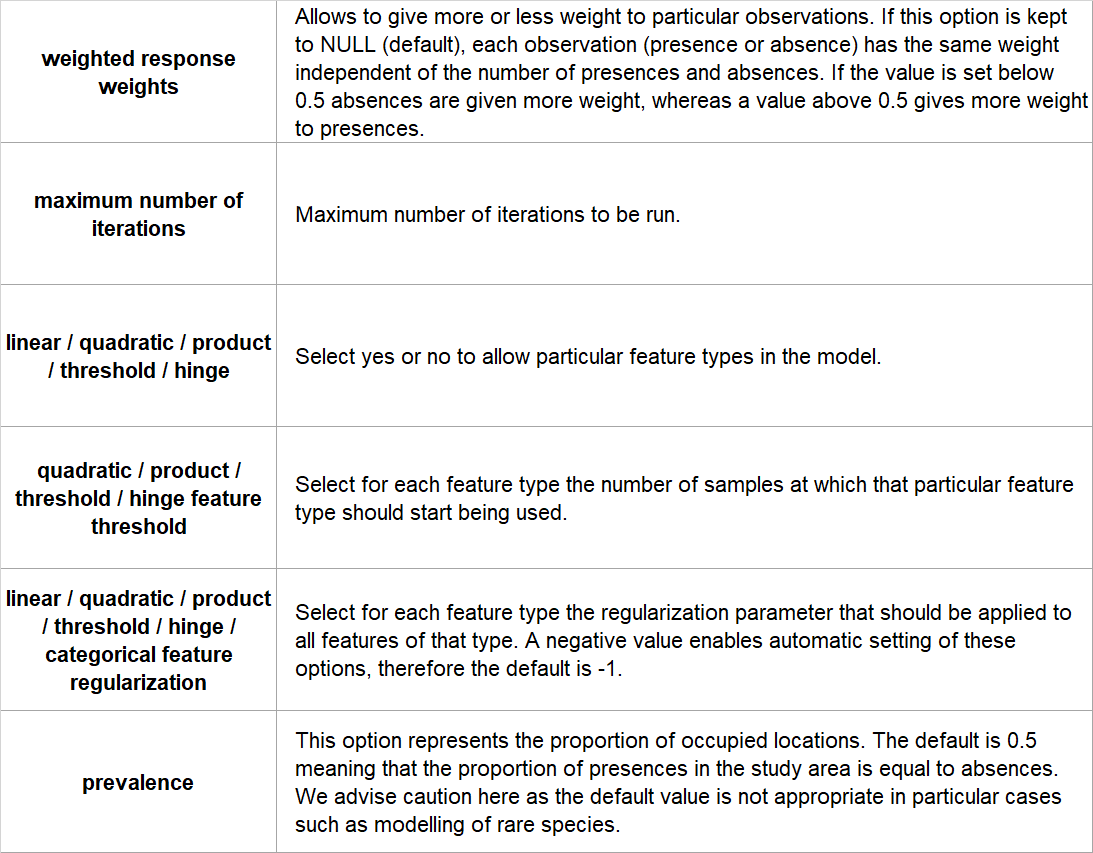